PT Cardig Aero Services, Tbk.’ President Director, Nurhadijono Nurjadin symbolically handed over 100 ketapang kencana tree’ seeds to Adi Soemarmo’ Air Force Commander, Colonel Adrian P. Damanik, Saturday (01/02), in the School’ area of 401 Air Force Squadron, Adi Soemarmo. In the ceremony, besides handing over the seeds, there were also a symbolic planting which being witnessed by all CAS Group employees. This was a part of the company’s social responsibility program (CSR) to the surrounding environment.

As a company that engages in the air transportation support business, Nurhadiono acknowledged that CAS’ CSR activities in the airport area was a form of company’s contribution and concern for its partners that relates with the company’s core business. Moreover, several Air Force’ senior officials had major contributions since 47 years ago to the company, even before the CAS Group being established.

On the other hand, as CAS Group’ business is in one of the sectors that contributes the largest carbon emissions, Nurhadiono feels that the CAS Group’s efforts to plant trees can help to preserve the environment. “So, by planting these trees, besides being able to absorb carbon, can also reduce the climate change effects,” he said.

The CSR activity from CAS Group became very much alive with the participation of hundreds of students from Sekolah Pertama Bintara Angkatan ke-44. CAS Group’ Directors and employees were amazed by the unique shouting combined with simple choreograph from the students. 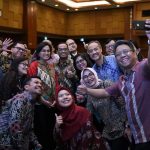 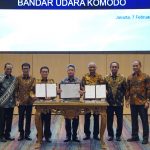