Indonesian Government and PT Cinta Airport Flores has officially signed the Public Private Partnership (PPP) agreement to develop and operate Komodo Airport, Friday (07/02), at Gedung Karya, Ministry of Transportation’ (MoT) office, Jakarta. Witnessed by the Minister of Transportation Budi Karya Sumadi and the Minister of Tourism and Creative Economy Wishnutama Kusubandio, in the ceremony, both parties agreed on the partnership program’ scope, which includes; designing, building, and financing the land and air facilities, also its supporting facilities and to operate Komodo airport – Labuan Bajo for 25 years concession period.

Hotasi Nababan as CAF official representative said that CAF would likely to face various challenges, in order to realize the company’s motto, which is “Showcasing Flores to the World”. As for this, all entity in CAF needs to work hard, together to make Labuan Bajo as the world class tourism gateway. “And bringing the world to Flores, which can directly benefits the people of Flores,” he said.

Moreover, the General Director of Civil Aviation, Novie Riyanto stated that the government already chose a company that has the ability and competence, in order to professionally manage Komodo airport. Even the selection process to choose a project company, has been carried out prior to the PPP agreement signing ceremony. “Which from the selection process, PT Cinta Flores Airport is awarded to be the project company or BUP,” he said. 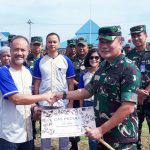 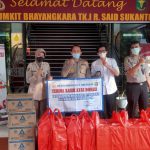